As our population grows, so too does the number of children participating in organized sports. Safe Kids USA, a global organization dedicated to preventing injuries in children, estimates that there are 38 million kids who play sports each year. Of those, almost 10%, or 3.5 million, sustain some type of injury on the field, injuries that can often be prevented.

Mark Salandra, CSCS, the founder of StrengthCondition.com (one of Physiquality’s partner programs), says that several things contribute to these injuries:

Children’s bodies are not as strong as adult athletes.

Mark points out that kids’ growth plates are not fully grown until the age of 16 or 17. This is important for parents of athletes to know because trauma to a joint can cause the growth plates to crack and not grow correctly, leading to permanent damage. In particular, parents should be aware of the impact from sports like football and cheerleading, which lead to higher numbers of injuries.

More injuries happen in practice than during competitive games.

According to a 2012 report on youth sports safety, 62% of sports-related injuries happen during practice. Why? For starters, Mark says, “One-third of parents do not have their children take the same safety precautions at practice that they would during a game.”

Many kids are simply playing too much.

Overuse injuries are being seen across a variety of sports, in boys and girls.

There are a plethora of precautions that parents and coaches can take to make sports safer for younger athletes. For those just starting out in elementary school, parents should remember to keep it fun instead of focusing solely on competition. It’s also important to try a variety of sports rather than training in one particular sport, according to Teri Roberts, a pediatric physical therapist and the owner of Arizona Orthopedic Physical Therapy, a Physiquality network member with two locations in Arizona. She encourages coaches to work on strength and flexibility, and parents to make sure their athletes are eating healthy foods, especially protein. And all adults should watch little athletes when playing sports outside. “Children do not tolerate the severe heat or cold as well as adults,” says Teri, so look for any signs of heat exhaustion or hypothermia.

As athletes age, the needs for precautions increase as well. Because many athletes will likely be more focused on one or two sports at a higher level, Teri advises cross-training to decrease overuse injuries. She says, “Strength training is safe in young athletes focusing on sub-maximal lifts, working on lower weights at high repetitions.” Teri emphasizes that weight training should be supervised at all times, and coaches and/or parents should make sure that correct lifting techniques are taught before any weight is added.

In addition, Teri says, “Stretching before and after any activity is VERY important, and adding core strengthening and balance activities is important to decrease injury.” She also recommends that pre-participation examinations or physicals be completed annually, and specific sports testing be completed to determine whether your child is safe to participate in his or her chosen sport.

Athletes of any age should always wear the proper safety gear for the sport, and Mark reminds coaches and parents to make sure gear is used both in practice and in competition. Adults should also make sure that children and teens stay hydrated; Teri says, “Children require more fluid replacement per pound of body weight than adults,” so be aware of any signs of dehydration. And choose your teams carefully! Many coaches are simply moms and dads who have volunteered to take a leadership role but may not have training or experience in athlete safety. Make sure that safety precautions are in place to protect your little athlete.

There are several sports where parents should be extra cautious; Mark rates the following five as having the highest rates of injury for younger athletes.

One of the most popular sports for boys and girls, basketball is also one of the most dangerous when it comes to injuries. Any sport involving twisting, jumping, pivoting, squatting, and making sudden stops puts kids at risk for damage to the anterior cruciate ligament, or ACL. In addition, emergency rooms are seeing an increasing number of concussions from the sport as well.

In 2005, more kids went to the ER for bicycling accidents than football injuries — 485,669 to be exact. Not only do helmets reduce the risk of injury, but many states have laws requiring them for bicyclists under a certain age. Mark also advises educating children about the dangers of riding in traffic.

Football has been under increased scrutiny in recent years after seeing many retired professionals like Jim McMahon and Junior Seau dealing with the after-effects of years of concussions. Parents should know not only their coach’s policy on concussions and how they test to decide whether to pull an athlete from a game, but also how to look for signs of a concussion should their child suffer a serious collision on the field.

Among girls’ sports, gymnastics has one of the highest injury rates, increasing with the level of competition. Even scarier, according to the National Center for Catastrophic Sports Injury Research, 65.2 percent of all catastrophic injuries in youth sports occur in cheerleading. Mark points to many teams rehearsing — and performing — without the proper padded floors and spotters as a key problem that can be corrected to reduce injury.

These sports are also under scrutiny for overtraining. Today’s baseball and softball players train hard and hit the ball hard, leading to high numbers of injuries. Mark says children should wear proper protective gear at all times, and, at all levels, they should be taught fundamentals like how to safely slide into bases in order to reduce injury. 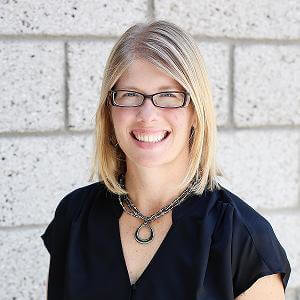 Mark Salandra, CSCS, is the founder of StrengthCondition.com, one of Physiquality’s partner programs. Salandra educates and trains athletes young and old in strength and conditioning, with the goals of better fitness and lower rates of injury.

Carey, Bjorn. The most dangerous sports in America. LiveScience.com, June 14, 2006.

“Things Moms Worry About” by russteaches is licensed under CC BY 2.0